LEARNINGS FROM A BAD SITUATION ON SPITI TRIP

on May 09, 2017
We can have any kind of problem in our life due to any unknown reason. Sometimes we fix the problem easily. In some cases, we know the solution but it didn’t work. This is what happened with us in Spiti where we stuck in a situation. Everyone in our group knew the solution but all the doors were closed for us, maybe for some good reason.

Always be prepared for all kind of situations, handle the situation with patience and have faith in God.


Last month we planned to go for Spiti. This was our third trip to Spiti. We were going every year since last 3 years. The Spiti valley is a cold desert mountain located high in the Himalaya mountains in the Indian state of Himachal Pradesh. There are two ways to go to Spiti, one is from Delhi to Shimla and the second one is from Delhi to Manali. The best way to go to Spiti is from Shimla.

We decided that Anil Banger, who was coming from Sikar, will meet me at Hero Honda Chowk and then we will pick Karan Bhardwaj and Jatin Sharma from Central Secretariat Metro station. Then we all go to Meerut and will gather at Sunny Malik‘s house. We reached Meerut at 12:00 AM.


Our plan was to cross the Shimla early morning to avoid Shimla traffic. Shimla is 380 KM from Meerut. There was a traffic jam between Shamali and Karnal. There was no reason for traffic jam and when we think about the traffic Jam reason, we still can’t stop laughing. There was a traffic jam because a truck driver was sleeping in a truck stops in the middle of the road. All other drivers behind that truck were thinking that there is jam on the Road and they were waiting for clear but they were not aware the truck driver is sleeping and the road is clear. It seemed to us that earlier there was jam which cleared and that driver was still sleeping.

We were late as per our plan. We reached Shimla at 09:00 AM. Again there was traffic at Shimla. Our next plan was to stay at Nako. Nako was 330 KM from Shimla and road condition was not good. To reach Nako, the route is Shimla, Narkanda, Rampur, Jhakri, Pooh and then Nako. When traveling off roads, it is mandatory that you take proper liquids and food. As always we had lunch at Tapri on PAPPU KA DHABA. 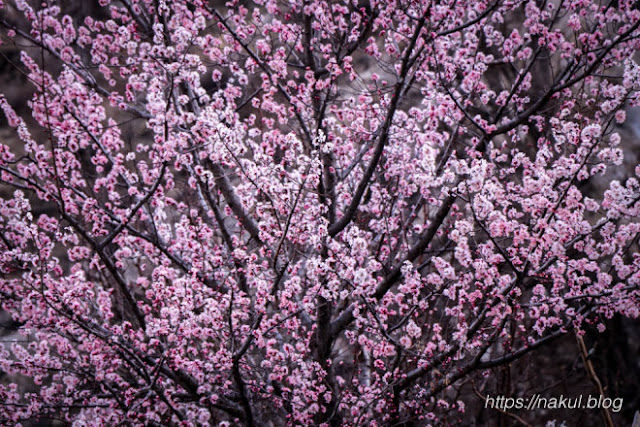 The construction of the road is not possible on some patches on this route because these mountains are not solid and a mixture of sand and stones. There is always a landslide and have shooting stones on the road. Our car missed by few millimeters when a stone dropped from the mountain in front of our car. That is the reason this route is known as World’s most treacherous road. This is national highway number 5.


Our two friends Rakesh Bishnoi and Dhirendra were going on the bike and were ahead of us. In Spiti, after some location, only BSNL cellphone network works. We were having two BSNL phone on each group. Dhirendra and Rakesh reached to Nako early. They booked two rooms at Nako. We reached there around 8:00 PM. It was completely dark and very cold outside. We thought to do night photography but everyone was so tired so had rest. In the night, the temperature was minus 6 degrees.


Next day in the morning, we wake up early. We took group photographs and started our remaining journey. It was a nice day. No one knows that how will be our remaining day. So far everything was going great. Our plan was to go till Kaza. Based on the time we reach Kaza, we will plan for Kibber, last Indian village or Langza. We took good photographs on the way to Kaza. On the way to Kaza from Nako, there is famous Dhankar Monastery. Also on the way, there is Gui Mummy which is 9 KM on the different route.


There was a snow wall on both sides of the road. The height of the snow wall was about 5 feet. The road was so wide that all the local vehicles were crossing very smoothly including Tata Sumo. It was our turn to cross the snow wall. When we crossed, our XUV touched both sides on snow. Since it was soft snow, we could easily cross it. Sunny Malik was driving the car. Suddenly I heard air leakage sound from the tire. I asked Malik to stop the car and to check the tire. He reversed the car. When we checked, the left back tire was completely flat and the front tire was having a puncture.

There was cut on both tire. Malik always carries puncher kit, air pump, and tools to handle any kind of bad situation. Since there was a big cut on one of the tire so we decided to replace the tire with spare tire. We were thinking that we will replace the tire easily but we were wrong. When we started opening screw, we were not able to open even one screw. It becomes worse when our screw opening tool bent and it was of no further use.

We called Dhirendra, who was doing rest at Kaza, to carry a tool to open screw and a mechanic who can help us. We were 9 KM far from Kaza. While he was arranging mechanic, we send Karan and Jatin to get help from Kee monastery. There were very fewer vehicles on the road as it was extreme outside. No one was having the tool that we were looking for. Malik put multiple puncture rubber strips on the tire cut and we were able to drive for 2 KM but again air starts leaking.

Rakesh arranged a tool. When we tried to open the screw with the new tool, we were able to open three screws but then new tool also broke. Rakesh also took a packet of rubber strips for puncture. We added these more rubber strips on the cut then we were able to reach Kaza. The mechanic also tried to open these screw but no luck. When there was no more option available to remove the screw, the mechanic removed complete tire assembly, removed the tire from Stepney RIM and added on the rear back tire. then we were able to reach to Gurgaon back. Check Sunny Malik vlog about How do I get out of life-threatening Situation?

We should always be prepared for all kind of situations, handle the situation with patience and have faith in God. Since Malik was having all gears for puncture so we were able to handle the situation for some extent. If there will be no gears then it was not possible to reach back to the city where we get help. If our planning is perfect and having all necessary things then we can come out of trouble. 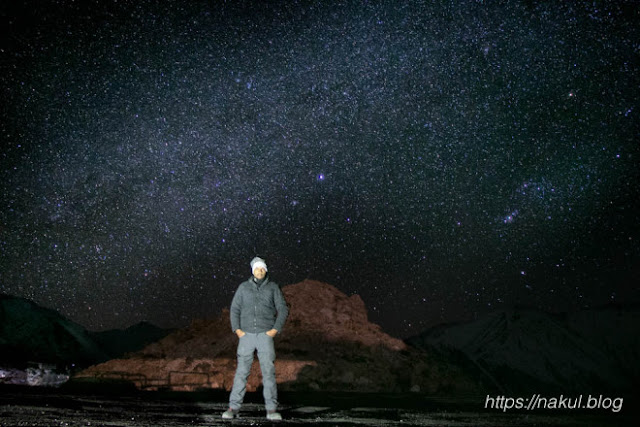 Next day again we stayed at Nako, and first time tried night galaxy photography. it was a nice experience. I will discuss this on another blog. 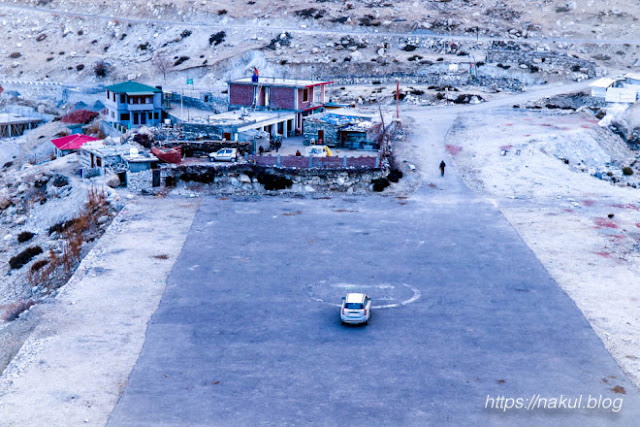 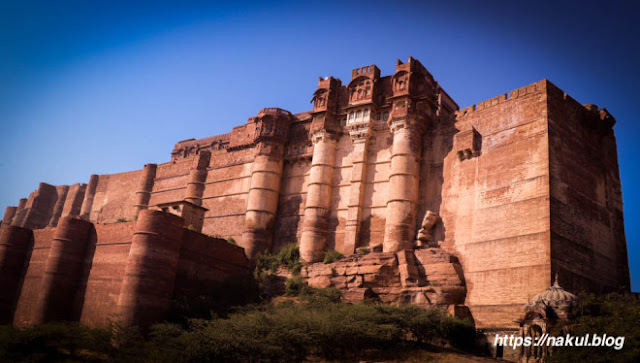